Simple Tips to Improve Your Putting – Part One 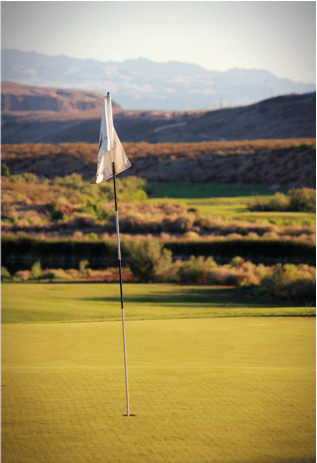 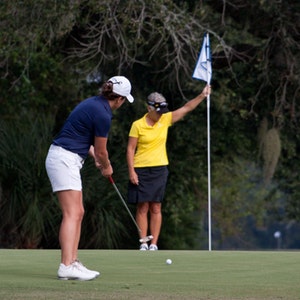 While bombed drives and tight approach shots might gain you more attention, there’s no better way for an amateur golfer to lower their scores consistently than improving play on the greens. It isn’t as sexy as trying to hit a bucket of balls to the moon on the range, but it will show results much quicker. Professional golfers are absolutely lights-out with putters in their hands. In 2018, seven different PGA players went the entire season without missing a putt from three feet or closer, and the vast majority make over 99% of them. Let’s look at a couple of simple tips to get closer to putting like a pro.

One of the toughest things for any golfer to dial in is green speed. Too often, we try to recreate Tiger’s magic chip-in at the 2005 Masters and have the ball fall in the cup on its very last revolution. Most golfers do this to avoid leaving themselves a challenging putt if the first is missed, but you’ll never make a putt you don’t get to the hole. Instead of dying the ball at the hole, try adjusting your aim to about a foot behind the cup. This will ensure you get the ball to the hole, and still leave you in kick-in range if you miss the putt.

Every golfer has hit a pure putt, missed it, and blamed it on a misread. And while misreads are inevitable in the game of golf, there are ways to try to limit the number of times you encounter them. Most golfers tend to overcomplicate the reading of putts. Try shortening the length of time you spend behind the ball to avoid overanalyzing the break. It should only take about five to ten seconds to get an initial read, and more often than not, that is the correct one. Eliminate reading putts from multiple angles, and trust what your eyes are seeing. Your feet can give you a lot of information as well. Standing over the putt, you can often feel subtle changes your eyes cannot see and adjust your aim from there.

The next time you show up to the course, head to the putting green before buying that bucket of range balls and give these tips a try. Also, be sure to check out our next blog installment, as we will cover even more tips to get you closer to putting like a pro.

About the Author: Brian Neufeld

Brian Neufeld’s background includes more than 15 years of experience in golf course management, specializing in agronomy. Brian uses his knowledge of the game and best practices in turf sustention to create informative pieces for GolfTourney.com’s readers. 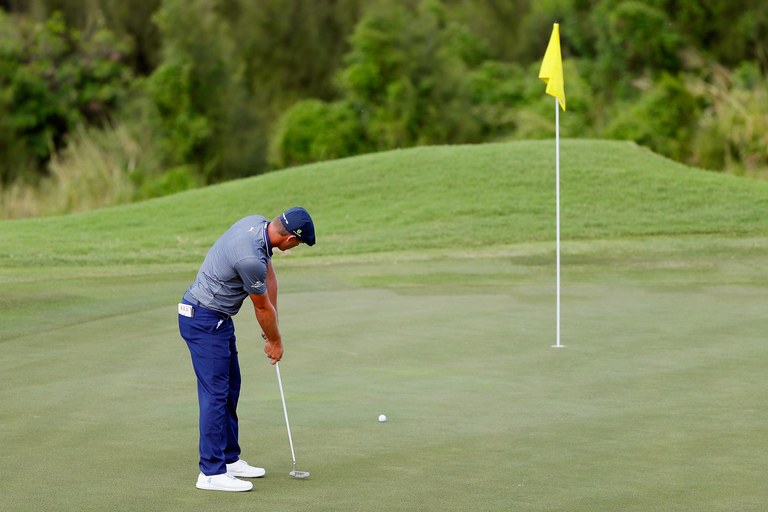 In 2019, the USGA implemented a moderate amount of new rules for golf with a focus on improving the pace of play. While most charity or fundraising tournaments are played in a more relaxed manner and often under special rules, it’s important to stay up to date on the latest rule changes in case you find yourself in a more serious event. Many of golf’s new rules are favorable to the golfer, and we’ll cover a few of those here, as well as one not so helpful.

The most talked about rule change in golf this year is the ability to leave the flagstick in the cup while putting. Whether putting with the pin in is beneficial or not is sure to be debated for years to come. Many of us solo golfers have been putting with the pin in forever. However you feel about it, it’s bound to speed up rounds, and can’t hurt if you really like to power your putts to the hole.

One of the most underrated rule changes is ball drops no longer occur from shoulder height and can now be dropped from the knee. While this may seem like no big deal to some, I’m sure there are many others out there who have experienced horrible bounces from those high altitude ball drops. Especially for the taller golfer, this reduced drop height is sure to come in handy.

Speaking of dropping a new ball, one rule that is sure to hurt a lot of golfers is the reduced time to search for a lost ball. The old standard of five minutes has now been reduced to three. This is a big push to increase the speed of rounds but will undoubtedly increase scores for a large portion of the golfing population. May I suggest iron off the tee?

Another infraction off the rule book is grounding your club in a penalty area. This was a rule a lot of casual golfers are unaware of and one that could be interpreted maliciously with the wrong playing partner. You are also allowed to move loose impediments and touch the ground in penalty areas, so play from those areas will be fairer to the golfer.

These rule changes in golf will promote a more relaxed, casual feel to the average round. Tournament play should be impacted positively overall, with faster round times leading to a greater interest in the sport. Next time you’re out on the course, be sure to keep these changes in mind and use them to your advantage.

About the Author: Brian Neufeld

Brian Neufeld’s background includes more than 15 years of experience in golf course management, specializing in agronomy. Brian uses his knowledge of the game and best practices in turf sustention to create informative pieces for GolfTourney.com’s readers.